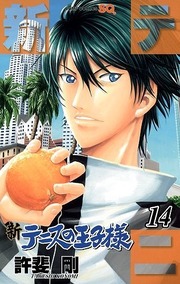 The purported advertisement from the Jump Square issue says that everything in The Prince of Tennis up to now has been "prologue" and that "a new legend for [the main character] Ryoma and the others will begin." This continues what happened in the "Prince of Tennis ", after the end of the tournament . In "The New Prince of Tennis," Ryoma and the others (team members and teams they faced) begin a new adventure when they are the only 50 middle school students to be invited to the Japanese High School Representatives Selection Camp where only the top potentials in the Japanese tennis world train.What will happen now?
Show All
Lastest Chapters